by admin / December 3, 2015 choosing the right grass No Comments 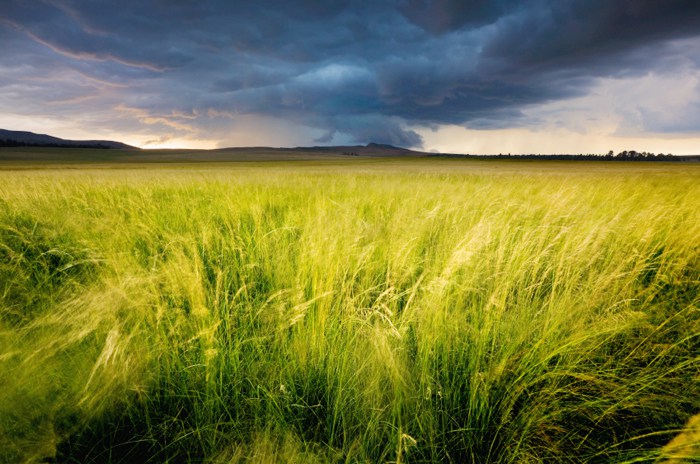 Coming from the Great Plains, where water efficiency is a necessity, Buffalograss is resistant to heat and drought.  Best in full sun, it prefers well-drained loam and abhors wet, poorly drained, or sandy soils.  It may still need an occasional watering to prevent summer dormancy, depending on rainfall, but far less than other grasses.  In addition, it grows slowly so you only need to mow Buffalograss several times a season.

Buffalograss tolerates cool temperatures better than most warm-season grasses and keeps its color into the fall.  Often grown from seed, it spreads slowly, to form a gray-green, fine-textured lawn that attains a height of 4 to 5 inches. Its sparse appearance is not for everyone, and it does not do as well in humid regions, such as Florida.  However, it does have a few pest problems, such as white grubs, webworms, and chinch bugs that feed on it.

Look for improved cultivars, such as Density, 609, 378, Bowie, and Legacy when buying Buffalograss.

With its high tolerance to saline (salty) soils, Alkaligrass is popular along both the east and west coast. Alkaligrass is a slow-growing, finely textured, blue-green grass that does best in full sun locations with adequate moisture and little traffic, and that can adapt to cool, temperate inland regions that have moderately hot summers.  It also has excellent cold hardiness and keeps its color well into the fall.  Left alone, the upright, dense growth will attain a natural height of 12 to 16 inches, or you can mow it to a height of 3 inches.

Look for cultivars or mixtures developed for use in wetlands and along shorelines if you live near the water.

Blue grama grows well from seed or plugs and forms a gray-green, low-growth turf that spreads slowly by rhizomes.  Having a fibrous root system, it forms strong sod and is quite tolerant of heat and drought, although it will turn brown and go dormant when dried out.  It tolerates low temperatures but is slow to green-up in the spring.  It is better adapted to both sandy and fine soils than Buffalograss because it tolerates alkaline conditions.  In arid areas, Blue grama is frequently mixed with Buffalograss for a low-maintenance lawn that needs little mowing.  Its seed heads and small flowers also make it an interesting choice for naturalistic areas.

Frequently used along roadways and for lawns planted on drylands, this hardy cool-season bunchgrass produces long, coarse, medium-green tapered foliage.  Crested wheatgrass’s deep root system allows it to thrive in states such as Wyoming, where yearly rainfall ranges from 8 to 15 inches.  Crested wheatgrass has a flat, cockscomb-like seed head and becomes partially dormant during hot spells.  Like other prairie grasses, it does not require much mowing or other upkeep.

When buying, Fairway is the preferred cultivar—it is leafier and finer textured than common Crested wheatgrass.