What is Lawn Bowling? 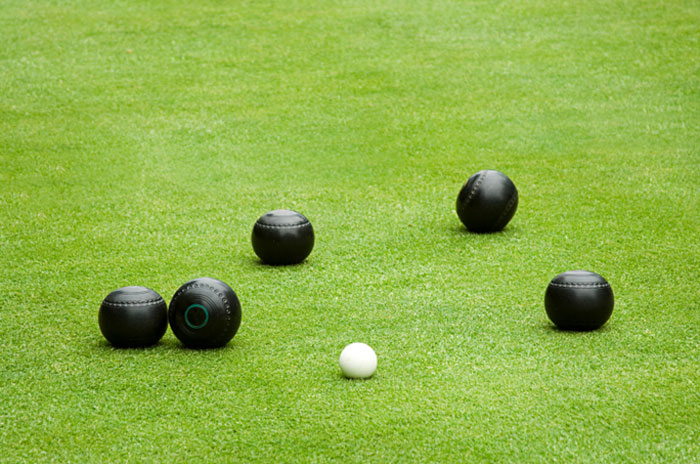 Lawn bowl is usually played on a large, rectangular, precisely leveled and manicured grass or synthetic surface known as a bowling green which is divided into parallel playing strips called rinks.  In singles, one of the two opponents flips a coin to see who wins the “mat” and begins a segment of the competition, by placing the mat and rolling the jack to the other end of the green to serve as a target.  Once it has come to rest, the jack is aligned to the center of the rink and the players take turns to roll their bowls from the mat towards the jack and thereby build up the “head.”  Play generally continues until one side reaches a score of 21 or 25.